Why you should update to Drupal 8.8.0: new amazing release!

In the first days of December, the great news makes our hearts feel warm! We are happy to see the sparkling fresh release — and to show all our readers what’s new in Drupal 8.8.0.

This is, in fact, the last minor release of Drupal 8 before another big day — June 3, 2020. This is when Drupal 8.9 and Drupal 9 should arrive together. All D8 sites that are regularly updated and free from deprecated code will be instantly ready for Drupal 9.

However, an even bigger reason why you should update to Drupal 8.8.0 right now is its absolutely irresistible features. It looks like the Drupal creators have put their hearts into this release. Our Drupal support team is ready to help you with the update — now let’s take a closer look at all the secrets of D8.8.0.

One of the most anticipated new features of D8.8 is the Media Library and WYSIWYG integration. Content editors will be especially happy with the new handy Media Library icon that can be easily added to the active CKEditor toolbar. This allows you to use the images, videos, and other multimedia assets that you keep in the Media Library and embed them into content with a few clicks.

And, as the community is focused on website accessibility for all users, the whole media embedding process has been made available via the keyboard only!

Other improvements include Media Library’s integration with the Content Moderation module, its better support for multilingual sites, UI updates, and more. After all the amazing work, the Media Library is officially stable in Drupal 8.8 core and absolutely ready to be used on live sites. Hurray! 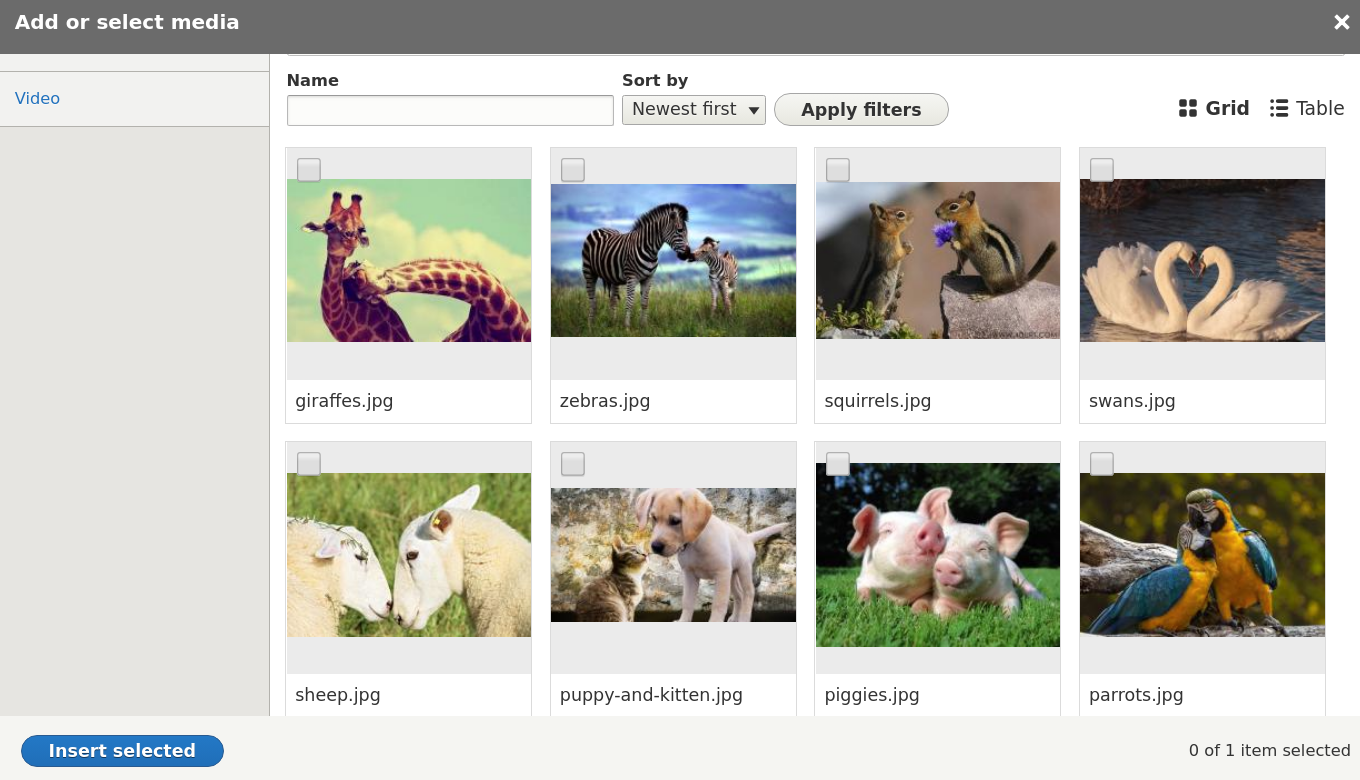 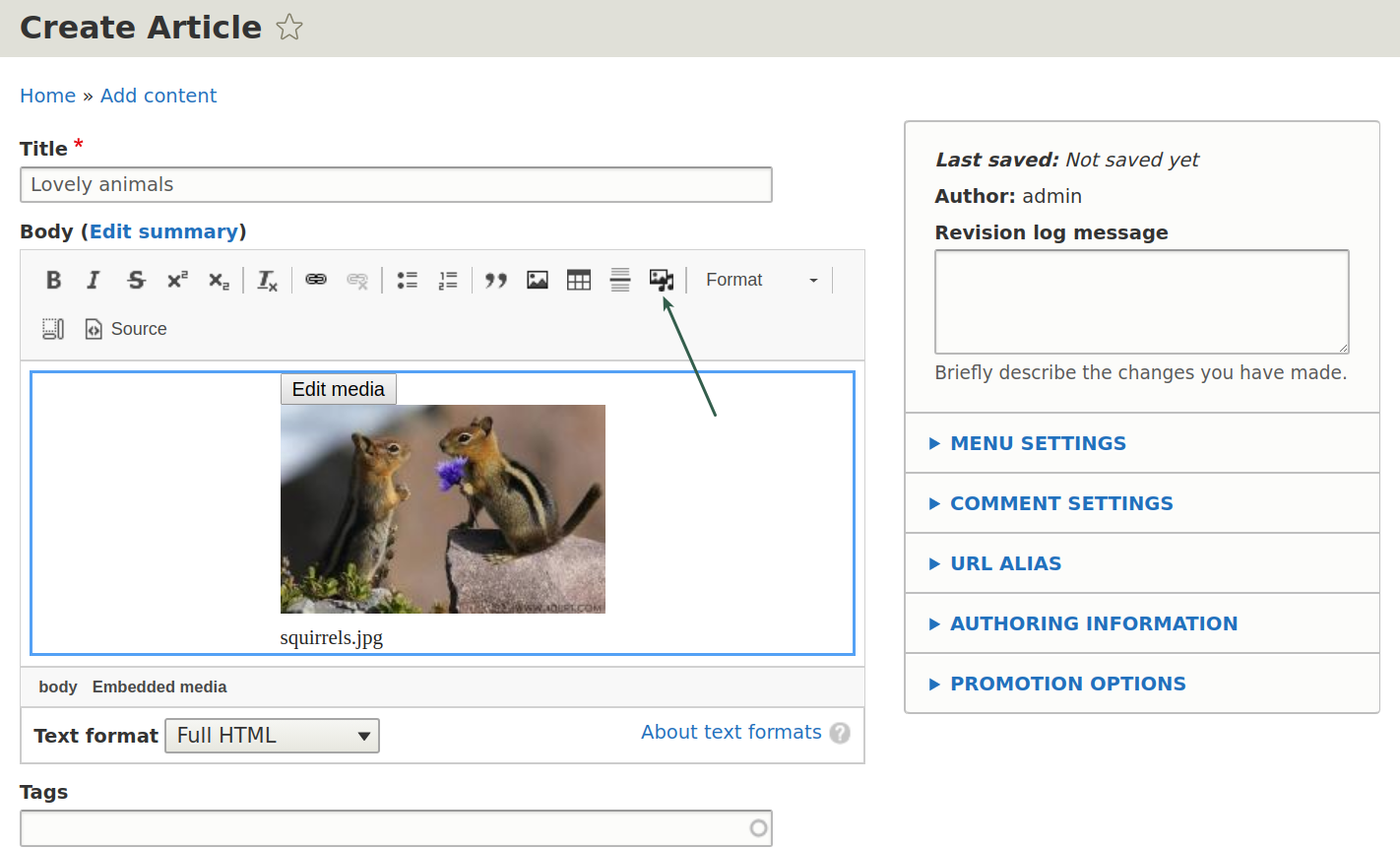 The Drupal admin UI needed a good brush-up, decided the community. No sooner said than done, and a fresh, clean, concise, and modern experimental theme has arrived in the D8.8 core.

The new Drupal admin theme Claro is responsive and has a big focus on readability and accessibility. It will make the admin dashboard more convenient and enjoyable to work with, and Drupal itself more competitive among CMSs. This is another reason why you should update to Drupal 8.8 (you will definitely want to!).

According to Dries Buytaert’s feedback in his “State of Drupal” presentation, Drupal has never looked better or been more accessible as it is with the new Claro theme. 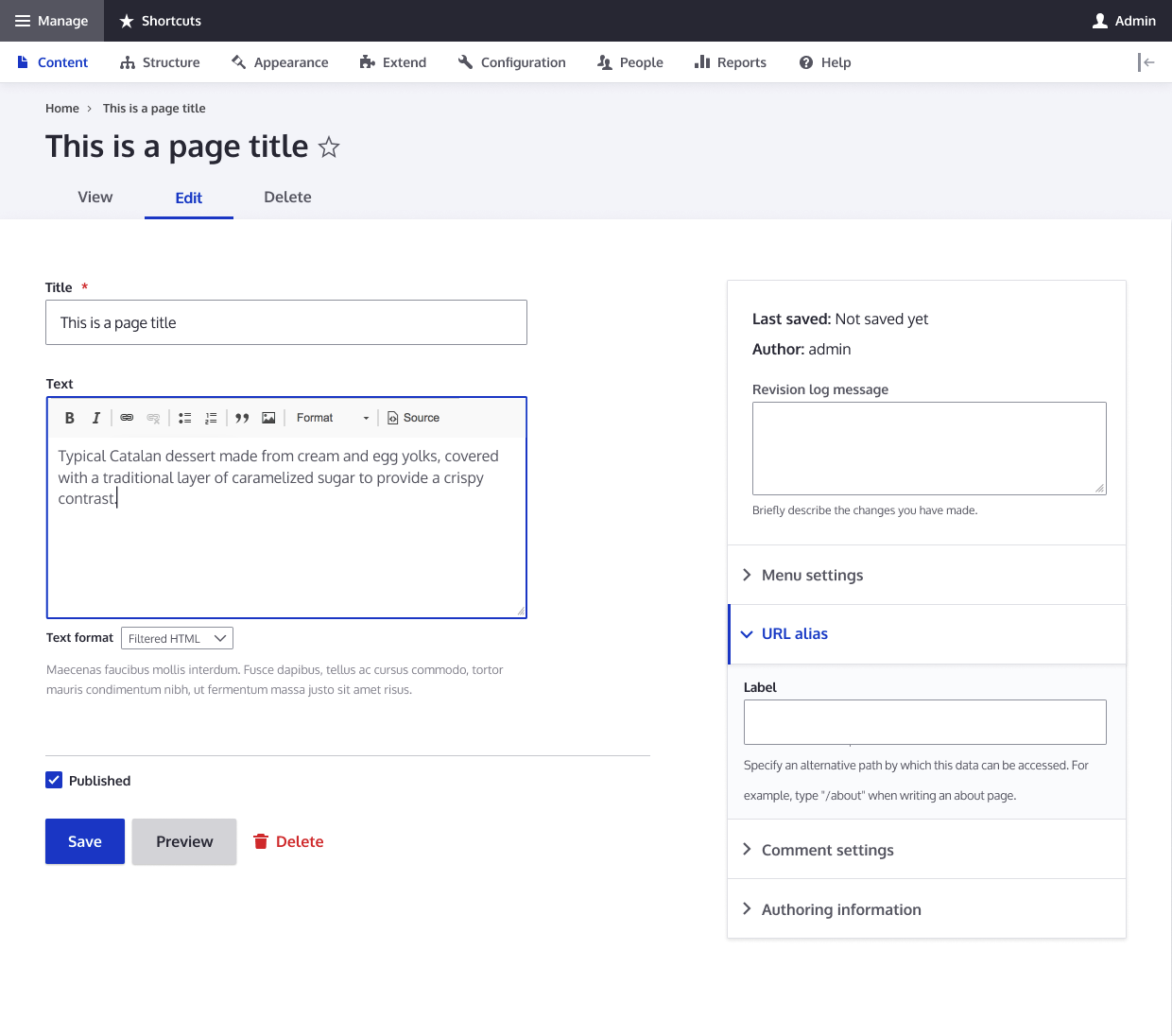 Updating and installing Drupal has become easier than ever. Composer, the famous PHP dependency management tool, helps developers do it with one command, and takes care of the right third-party libraries.

Thanks to the Composer Support in Core Initiative, Composer is now officially supported by Drupal out-of-box. There is also an easy transition path for sites that have not used Composer before.

In order to make Drupal easier for all users, a new experimental module called Help Topics has just arrived in Drupal core. Module and theme developers can now provide helpful instructions in Twig files. They will be listed on every website’s admin/help page.

The topics can be single or grouped, according to the complexity and the number of tasks needed to work with a particular module. An additional contributed module should allow adding help topics from the browser.

One of the greatest sensations in Drupal 8.7 was the arrival of the new JSON:API module in the core even without any experimental phase. It created an even better API-first future for Drupal websites and enhanced their capabilities to share data with third-party apps.

In Drupal 8.8, JSON:APi module has received a number of improvements to make it work more efficiently. This is related to resource normalization, omission links, HTTP error codes, security hardening, and more.

The ecosystem of contributed modules also grows — for example, there is the new JSON:API Explorer module that is an interactive web app to help developers explore their JSON:API server.

While the PHP 5.5 and PHP 5.6 were officially removed in D8.7, websites were still allowed to perform security updates.

D8.8 finally puts an end to this. These actions will fail unless servers are updated at least to PHP 7.0.8. However, PHP 7.0 and 7.1 will no longer receive security support from the PHP team, so it’s better to choose the newer PHP 7.2 or 7.3. You can contact our support experts with checking your PHP version and performing the update.

We have all admired two new and amazing core modules that handle content workflows — Content Moderation (D8.3) and Workspaces (D8.6). 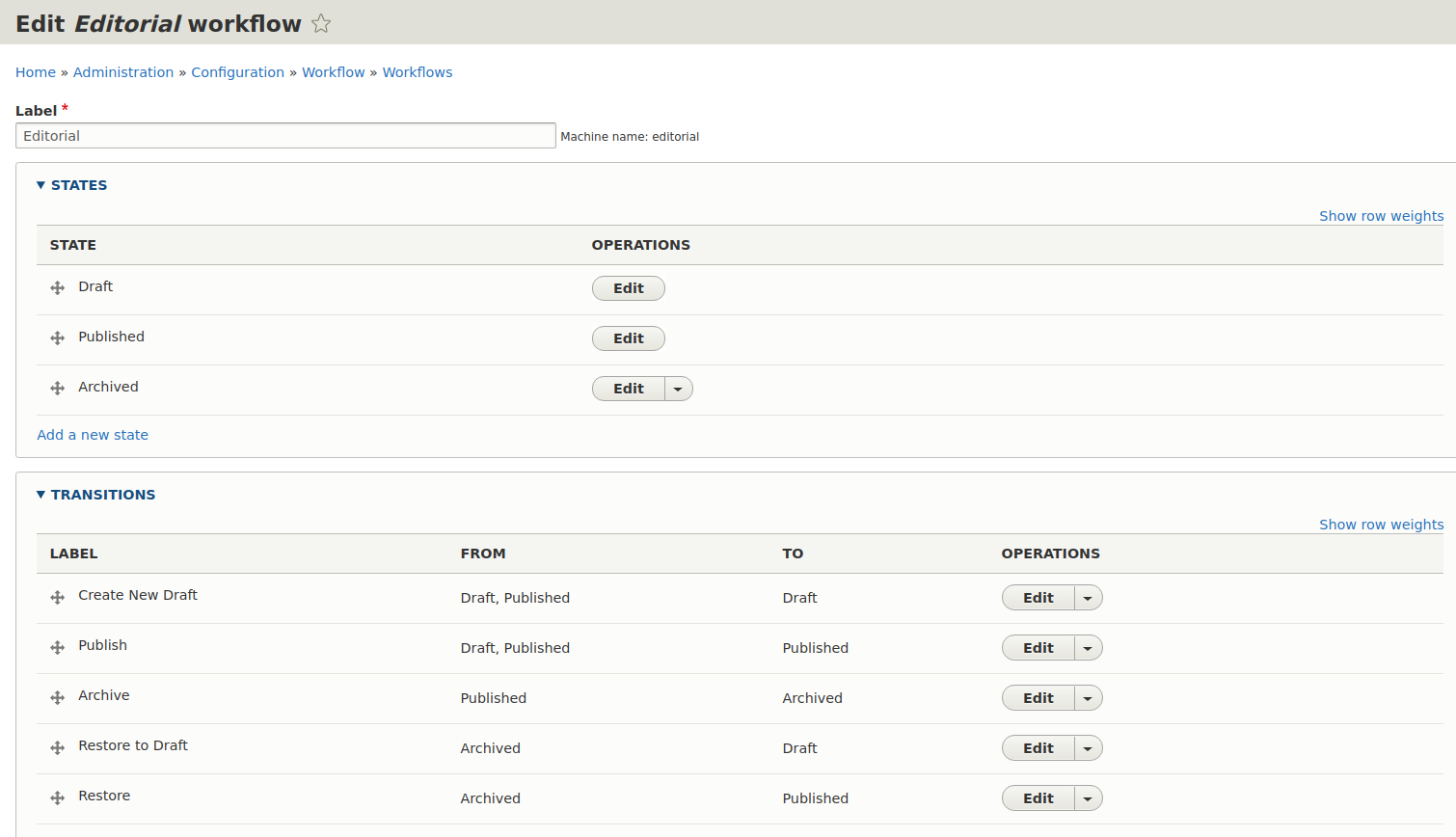 However, the two could not work together on the same website. This is solved in the new Drupal 8.8 release! In addition, the creators of the Workspaces module have rolled out the interesting capability to create hierarchical workspaces (i.e. sub-workspaces and parent workspaces). 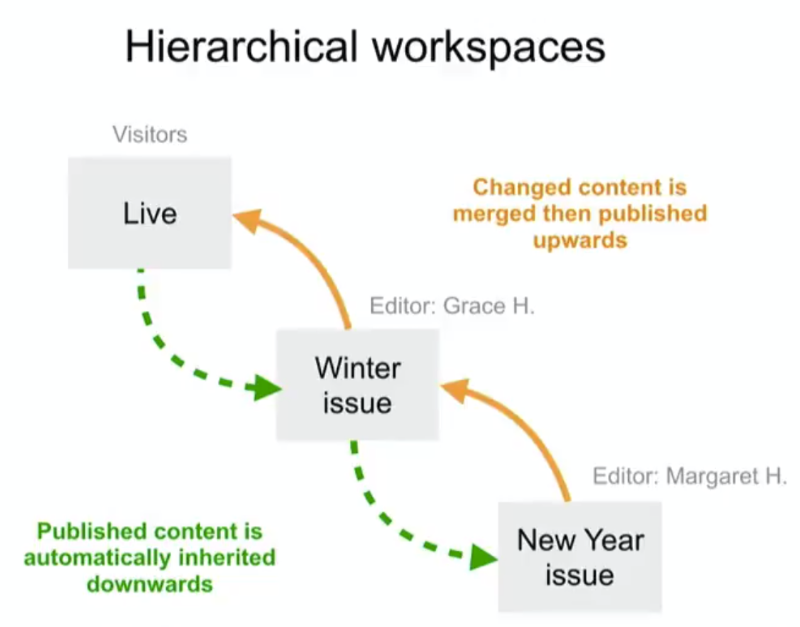 Indeed, Drupal 9 is coming! Developers are getting their modules and themes ready by cleaning up the deprecated code.

Now they can declare their project compatibility with multiple Drupal versions — D8 and D9. They just need to add the new core version requirement key to the project’s info.yml file.

This new core versioning system landed yet in 8.7.7 this September. It allows great precision so compatibility with minor and patch versions can also be declared.

jQuery UI, the famous collection of widgets and effects for user interfaces, has reached its end-of-life. Most of its libraries are deprecated from Drupal 8.8 core and will be removed in the 9th version. “The big drop” is moving in the direction of using pure JavaScript in this area.

The modules and themes that depend on the jQuery UI libraries can find them in the replacement contributed projects, but it is better to find a more future-proof solution.

Websites can only work well with modern browsers that support CSS and JavaScript. Some browsers are getting outdated. So the new Drupal 8.8 is changing the browser support policy.

It supports the latest release of the two latest supported major versions of these desktop and mobile browsers:

As well as the latest supported release of the latest major version of these desktop and mobile browsers:

D8.8 also features improvements to configuration management, multilingual migrations, the work of Views, and so on. Developers should pay special attention to considerable changes to path alias handling and a critical note about using the latest version of the Pathauto module — more about this can be found in the technical release notes.

This has been a brief overview of what’s new in Drupal 8.8 released today. All of these and many more improvements can arrive on your website right now if you update to Drupal 8.8

All you need is to contact the Drudesk Drupal support team — we are ready to:

Upgrade from Drupal 7 to Drupal 8

You see Drupal 8 offers more and more amazing features. To use them all, upgrade from Drupal 7 to Drupal 8 now if you haven't yet. And, of course, this, will be your best preparation for Drupal 9!

Stay up-to-date with the latest and greatest!

Category
Support
Update to Drupal 8.8 with our support team!
THINK THIS IS GREAT? SHARE IT 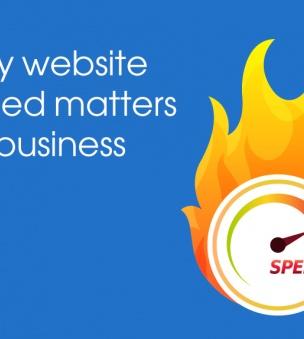 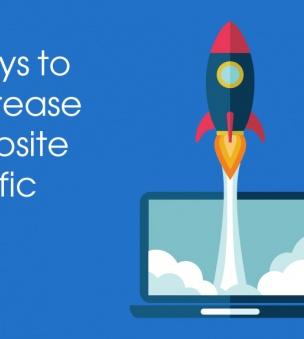