What to do when you are under a DDoS Attack? [Guide]

Imagine your site is under a DDoS attack tomorrow.

What are you going to do? Do you not know? Do you think this will not happen with your site? Among the well-known companies affected by DDoS attacks are:

The list of victims of a DDoS attack can include a company of any size and field of activity. Most often, such attacks are carried out to shake the business's reputation, scare off the client and cause financial damage to the organization.

What Is a DDoS Attack?

DDoS is short for distributed denial of service. DDoS is a type of cyberattack that works by overwhelming access requests. Read more about why you should invest in cybersecurity here. Being under a DDoS attack means that your site is crashing due to an artificially created overload of your web server. In most cases, hackers do not steal anything from your site; they just disrupt its normal operation.

A DDoS attack has a particularly detrimental effect on those sites with cheap hosting because it is not designed for such big spikes and often crashes.

We invite you to take a look at how a DDoS attack works.

As a rule, the entire attack process is led by one hacker. To send a large number of requests to one site simultaneously and overload its server, the hacker uses different computers and IP addresses from all over the world.

These are NOT their own computers, instead, the hacker gains access to them (they are called a "botnet") by sending infected files.

After that, the hacker carries out an attack from different parts of the world and different IPs on one server and thus disables the victim's website.

How do you detect a DDoS attack?

A DDoS attack is a rather subtle thing because it can be confused with web traffic spikes or something else — you may not even notice it.

Hackers may subject your site to a DDoS attack to slow it down and not completely shut it down. Accordingly, if your site, for example, a store, is very slow, people will leave it and go to a competitor's site.

Sometimes hackers attack your site with DDoS and directly demand funds to restore it to full functionality.
Therefore, to detect a DDoS attack, you need to audit the site and analyze your data using analytic tools. If you suspect your site is under a DDoS attack, it is best to contact the online web maintenance agency you trust and check it out.

The signs of a DDoS attack

Your site is probably under a DDoS attack if:

How to Stop a Distributed Denial of Service attack on Your Website?

Check whether your site is under a DDoS attack

Constant monitoring of the site will allow you to notice a DDoS attack in the early stages, which means minimizing its consequences. It's like a disease. Analyze the typical metrics of your inbound traffic. This will allow you to understand what traffic is usual for you and what is not. As soon as you notice atypical traffic spikes, it is very likely that this is a DDoS attack.

When setting the overprovision bandwidth, make sure that it is more than you plan to actually need. This will help keep your site stable even if unexpected traffic hits your site. It won't save you from a DDoS attack, but it will give you a little time.

If your site is hosted on your own server, then you can perform a few technical steps. This again will not stop the attack but will soften its influence and flow. For example, you can set the speed limits of your router, set up various filters, drop spoofed or malformed packages.

The obligatory step and probably the most effective will be to contact a reliable hosting provider quickly. They certainly know what to do in order to stop the Distributed Denial of Service attack, depending on its strength.

A DDoS playbook will come in handy for all your team members if a real DDoS attack repeats itself. The playbook will be a step-by-step guide to countering the Distributed Denial of Service attack.

Check if your site is under a DDoS attack

Any business website can find itself under a DDoS attack. Honestly, based on our experience, you will not be able to cope with it on your own unless you have a separate, powerful department for countering cyber-attacks.

All of the above tactics will only buy you a little time. To protect your site from DDoS attacks and provide the website security audit, contact the reliable support agency.

Category
Support
Check if your site is under a DDoS attack!
THINK THIS IS GREAT? SHARE IT 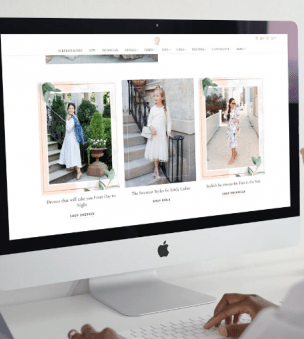 How to Add Tabbed Content in Drupal with Quick Tabs Module? 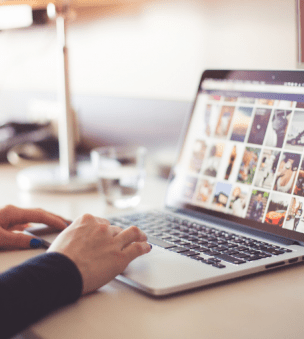