Getting ready for Drupal 9: what should website owners do?

Drupal 9 is coming — its arrival is planned for June 2020. So while the world continues enjoying Drupal 8’s benefits, it’s also time to start getting ready for Drupal 9. What does it mean and how should you prepare? We are discussing this today in our blog post.

Easy upgrades to Drupal 9 as a huge bonus

All website owners and developers can enjoy an amazing bonus related to Drupal 9. Thanks to efforts from the Drupal community, upgrades from Drupal 8 to Drupal 9 are made easy! They shouldn’t take more time than trivial updates between minor versions (for example, from Drupal 8.6 to Drupal 8.7).

As Dries Buytaert wrote in his State of Drupal presentation, when sites move from Drupal 8 to Drupal 9, content is already ready and the code continues to work. Amazing!

But, as you might have noticed, there is one remark in this illustration by Dries. Easy upgrades to Drupal 9 will be available if websites are not using deprecated code. Let’s see in more detail what this means and how to fulfill this condition.

Getting ready for Drupal 9: cleaning up deprecated code

To be ready for Drupal 9, all websites should cleaned up from deprecated Drupal APIs and functions (outdated ones that have more modern alternatives).

When it comes to custom modules and themes developed specifically for your website, they should be properly checked for deprecations and updated.

To discover deprecated code, there are useful tools in Drupal. Among them:

What to expect from the module readiness and the amount of work needed? Dwayne McDaniel of Pantheon checked almost 7,000 of the most popular contributed Drupal 8 modules with the Drupal-check tool. He found that almost half of the modules had no Drupal 9 compatibility issues, while 35% had 5 issues or less.

At MidCamp 2019, issues for 300 modules were additionally opened, so the work is already being done on them. Most modules just need an easy fix. All this is stated in the Drupal 9 slides by famous Drupal contributor Gábor Hojtsy. 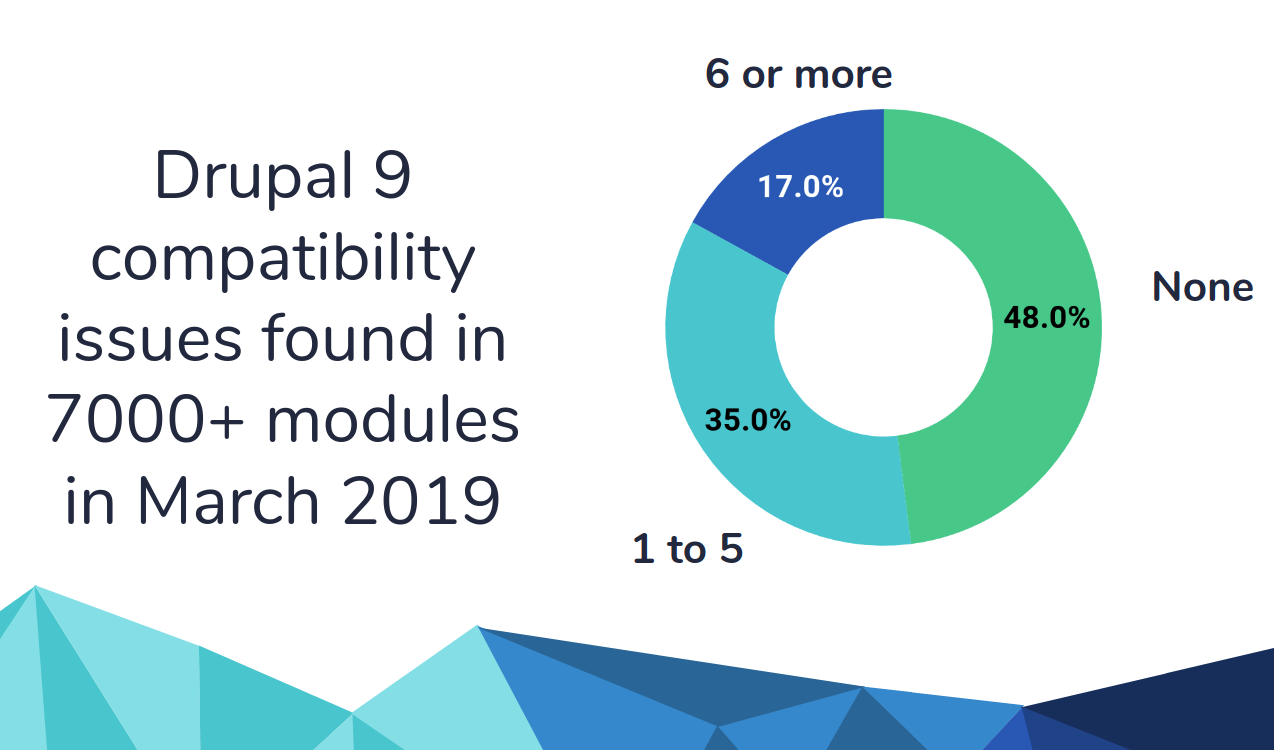 Dries Buytaert also says that many deprecations are just a matter of “find and replace” and he tried this on his own website.

So don’t worry — the cleanup work as part of getting ready for Drupal 9 shouldn’t take much time. Our Drupal team is always ready to help you check and clean your website from deprecated code.

Drupal 7 website owners can upgrade to Drupal 8 now or wait for Drupal 9. However, the first option looks much more beneficial. See why.

If they upgrade from Drupal 7 to Drupal 8 now, they can start enjoying what Drupal 8 has to offer (and that’s a huge piece of pie — just check out the basic Drupal 8’s benefits for business). And then they will just switch to Drupal 9 in a snap of a finger. Only one big move will ever be needed.

“Once you are on the Drupal 8 track, you will never have to change tracks again,” Dries writes in the presentation, comparing migration to changing railway tracks.

As you can see from his great illustrations, the Drupal 8 track leads to Drupal 9 and then to Drupal 10 stations. At the same time, Drupal 7 and especially Drupal 6 tracks have no future.

In addition, the upgrade path from Drupal 7 to Drupal 8 is very well documented, tried by most developers, and has been improved a lot recently. Useful migration modules have become stable in Drupal 8 core, so it is much easier to migrate content and configuration.

You will definitely benefit from moving to Drupal 8, and Drudesk team is ready to help you. Change the track if you are still with Drupal 7 and get on the train to the future!

Drupal 9 is coming — entrust us with getting your site ready

Entrust our Drupal support team with preparing your website for the future. Both cleanups and migrations are Drudesk’s area of expertise. We strive to make websites better, cleaner, more modern — and ready for Drupal 9!

Choose our Drupal Support Services
THINK THIS IS GREAT? SHARE IT 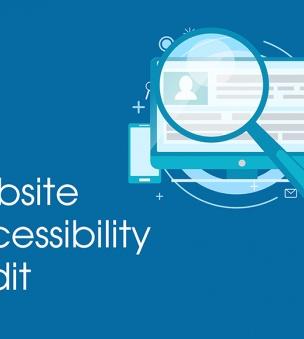