Drupal 9 is already out! Be ready for website migration

Today is June 3 — that means that Drupal 9 is already released. What can we expect?  What updates are offered? How can you migrate to Drupal 9 painlessly

Today DruDesk experts answer those questions and others.

We would like to note that DruDesk switched to a high-efficiency model of cooperation. This means that we complete your tasks twice as fast. If you have additional questions, write to us.

What should you know about Drupal 9?

Do you know when Drupal 9 is coming out? It happens today! As soon as site owners hear about Drupal 9 release, half of them are happy with the update, but the rest are quietly worried. This is because the previous migration from Drupal 7 to Drupal 8 was painful.

However, there is no reason for concern, as we are promised an easy and smooth transition to Drupal 9, provided that you are using the latest version of Drupal 8 and have cleaned your site of deprecated code.

Drupal 9 uses Symfony 4 and 5 releases. Its main features are less code and files. Another novelty is the automated configuration, which helps developers to work faster.

Changes affect Drupal core. The legacy code that is still used in Drupal 8 is deleted from the new version. In Drupal 8, it was needed to support the work of Symfony 2. Drupal 9 has a new version of Symfony 4 or 5, and the code is simplified accordingly.

Whatever else, the website’s visual appeal is important. In Drupal 9, the new front-end theme is Olivero. This is an even more lovable theme than the previous ones, with many new features for editing fonts, colors, and more.

The use of new modules in Drupal 9

New useful modules were introduced in the Drupal 8 core. They are built according to the best practices and continue to grow and develop in Drupal 9. Here are some of the most famous ones:

Drupal 9 uses the Layout Builder that has many capabilities of popular contributed modules such as Paragraph, Panels, Panelizer, Display Suite, etc.

Layout Builder was already in Drupal 8 core and is included in the core of Drupal 9. Its main task is to work with content.

It allows you to understand how to create layouts on an intuitive level. Layout Builder uses a simple drag-and-drop UI. It is also fast, which reduces the time it takes to create landing pages and other layouts.

Content moderation and Workflows have already become part of the Drupal 9 core, which is very convenient. They provide the ability to create and manage custom workflows for various types of content for site administrators. Using these two modules, you can create an editorial workflow changes in content states.

It is possible to save your media in the Media Library and reuse it in your content.

How to prepare your site for Drupal 9?

What to do if your site is on Drupal 8

If your business website is on Drupal 8, then in order to switch to Drupal 9 you should just upgrade to the latest available version, clean your site from deprecated code and wait for a new release.

What to do if your site is on Drupal 7

If your site is still working on Drupal 7, in order to be able to switch to Drupal 9 in the future, you first need to upgrade to Drupal 8. Switching from Drupal 7 to Drupal 8 is not so easy, still, it is a necessary step, as Drupal 7 support is EOL.

Attention to all site owners on Drupal 6!

Drupal.org has ceased to maintain and support the core of Drupal 6. This means that you need to update your site because otherwise you risk the security of your site and your productive work.

DruDesk will help to migrate your site to Drupal 9

If you ever asked yourself why Drupal 9? We have an answer! Drupal 9 release opens up even more prospects for your site and gives you even more benefits.

Better control and a smoother transition are just a few of the benefits you get.

The DruDesk agency tries to put everything in order and prepare you for today's Drupal 9 release!

In addition, we would like to tell you that we have switched to a new highly effective model of cooperation, which gives you even more advantages. You will receive your projects twice as fast due to the fact that we share your tasks at the stage of their receipt.

If you need a free consultation on migration to Drupal or if you have additional questions, just write to Drupal support services at DruDesk. 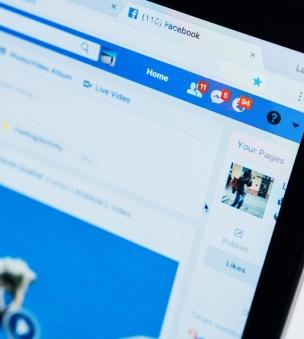 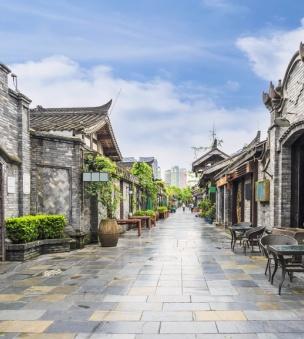 Build a municipal website for a city, town, or county: review best practices