Still have a Drupal 6 website? Consider an upgrade or support

If you have a website built with Drupal 6, you must have heard that this version of the popular site-building platform is now outdated. It’s a pity, but it’s true. From February 2016, Drupal 6 is no longer supported by the Drupal community and no longer gets security or other updates, which makes Drupal 6 sites vulnerable to hacker attacks.

“Hacking a Drupal website 6 is a task not for a guru, but for an average mind,” said Andrey Postnikov, a famous drupaler and core contributor, in the interview he gave on a visit to InternetDevels & Drudesk. He also mentioned a phenomenon called “Drupalgeddon” which once made all Drupal 7 websites vulnerable due to a security bug, and could possibly be repeated now for Drupal 6 sites.

No worries! Having a Drupal 6 website is not an insurmountable problem. It’s a just an issue that requires you to take some actions.

What can Drupal 6 website owners do? Usually, they consider the following options

A Drupal 6 website, scenario 1: leaving it as it is

If you are reluctant to upgrade and insist on keeping to your Drupal 6 website, here is the scenario. There are no updates to be made because they are not issued by the community any longer. But what you can do is regular automated website backups. They will help you restore your site in case there is need for that. Unfortunately, there is not much more to be offered in this case. However, those who are reluctant to say goodbye to Drupal 6, can check out option 2!

Instead of just waiting for hacker attacks and making recovery plans, you can try to support your Drupal 6 website. Sure, there is no official support from the Drupal community, but you can still have Drupal experts take care of your site by keeping their fingers on the pulse of the latest security vulnerabilities. They can monitor the situation regularly and prevent some intrusions and other troubles. However, this involves a support fee which many clients would prefer to invest into an upgrade. So, in the long run, an upgrade looks like the most rational choice.

This scenario sounds very promising and obviously the most optimistic for a Drupal 6 website. Though there is no magic upgrade button and the process can be complex in many cases, but in the end it will be worth it.  You will have an officially supported Drupal version, enjoy all the updates it has to offer and feel protected.

Since the community supports two Drupal versions, the newly released one and the previous one, the supported major releases are Drupal 7 and Drupal 8. Upgrading to Drupal 7 is a reliable and proven option, and this major version will still be supported for several years until Drupal 9 comes out. For Drupal 8, not all the desired functionality is yet available, and it will probably involve more costs, but the version is brand-new with lots of great cutting-edge innovations.

However, the choice depends on particular cases. For some types of websites, an upgrade to Drupal 8 will be cheaper because the necessary functionality is now included in the core. Depending on the complexity and type of your website, one of these solutions will work better for you.

Drudesk website support service faces Drupal 6 website cases regularly, so you can just relax and rely on our expertise. Just show your website to us and we will recommend the best way to deal with it — and not just recommend but bring it all to life. Your website is looking forward to it! 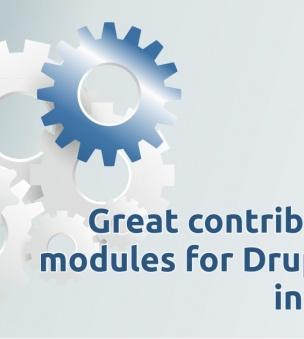 Great contributed modules for Drupal 8 in May 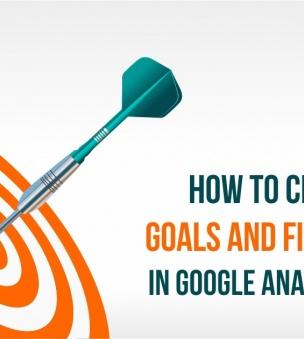 Guide To Creating Goals and Filters In Google Analytics