To continue making Drupal websites perfect every day, we need to polish our own Drupal skills to perfection, keep our fingers on Drupal’s pulse and be where Drupal’s heart beats.

So where does it beat? Barcelona, Austin, Portland, Mumbai...It changes a couple of times every year! This time, it’s been New Orleans. We are talking about DrupalCon, the world’s biggest international Drupal meetup we have just returned from. Read on, a colorful story by Drudesk awaits! And one of these colors will be our favorite ;)

DrupalCon 2016 took place in the city of jazz and the city of Mardi Gras Carnival — New Orleans. And was one of the best Drupal carnivals! It seemed like the city’s drive and energy had been carried over to the conference itself. That’s why the participants have been especially active, enthusiastic and cheerful. One could see many new faces, which was very inspiring!

Of course, DrupalCon is something Drudesk couldn’t miss. Guys from Drudesk and InternetDevels went there together to learn new things, improve their skills, share their experience and make more acquaintances. No doubt, DrupalCon is an amazing occasion for all drupalers, as well as managers, business owners, potential customers and other people interested in Drupal web development to get together and communicate.

Support services can support not just customers but each other with useful tips! Drudesk founder and CEO Leviks attended a special event at DrupalCon called CEO Summit. They discussed many important issues for Drudesk and website support in general. In particular, they discussed website upgrades from Drupal 6 to Drupal 7 and from Drupal 7 to Drupal 8, which are much talked about in the community today. Everyone shared ideas on improving the upgrade process.

Company managers also considered ways to be always providing the clients with the best level of support quality. It’s always great to learn the experience of others and share your own!

This DrupalCon was full of interesting‬ Drupal reports, discussions and sprints on coding and development, front-end, site-building and much more.

In these photos, you see reports on how a front-end developer can provide a website’s quick performance, as well as on GIT version control system and browser-based developer tools.

Now that Drupal 8 has been out for 6 months, the opportunity for developers to discuss important details and real-life cases is priceless!

The long-expected ‪speech by Drupal’s founder Dries Buytaert at the start of the conference included his ideas on further ‪‎Drupal‬ development. In his opinion, a strong focus will be on content creators' needs and on mobile devices, and Drupal 8 is ready for that. Dries’s presentation is available at slideshare.

At the closing ceremony, one of our favorite moments was to see a presentation slide featuring Ukraine among 10 top countries represented at DrupalCon.

Another fabulous thing was a marriage proposal made right there. Drupal unites hearts! The proposal was accepted.

The number of all attendees at DrupalCon New Orleans exceeded 3,000, which was impressive. This DrupalCon is over, but the next North America DrupalCon is to take place in Baltimore, as was announced at the closing ceremony. Drudesk is looking forward to visiting it!

Do you have any questions?
THINK THIS IS GREAT? SHARE IT 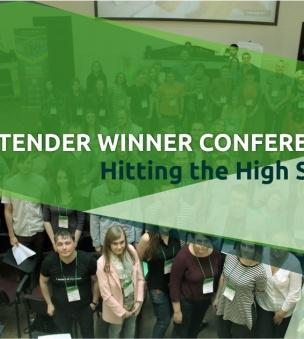 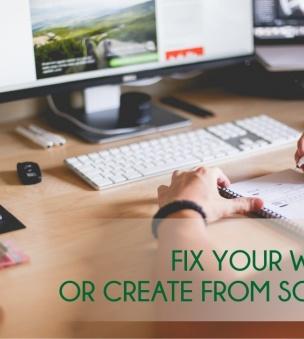 Should You Fix Your Website or Create From Scratch?